It was in spring 2003 when during a meeting, the idea of a "Positive Award" and a "Negative Award" was born and never left our minds. As the year went on, the idea took shape, and we proposed candidates for both awards via our former internet forum.

The names still had to be found – a contest helped with this – and so the SharkGuardian and the SharkEnemy were born! As this was not to be a one-off event, but a permanent institution, the "Stop Finning" campaign was launched parallel, which gave the first award a framework.

Until 2019, the award ceremony took place at the "boot" trade fair in Düsseldorf. For pandemic reasons, the awards were suspended in 2020 and 2021.

The award winners at a glance

Below we would like to present an overview of all winners of the respective awards of the individual years.

If you have a suggestion for further nominations for the coming years (whether as Guardian or as Enemy, it is up to you), please send it to us. 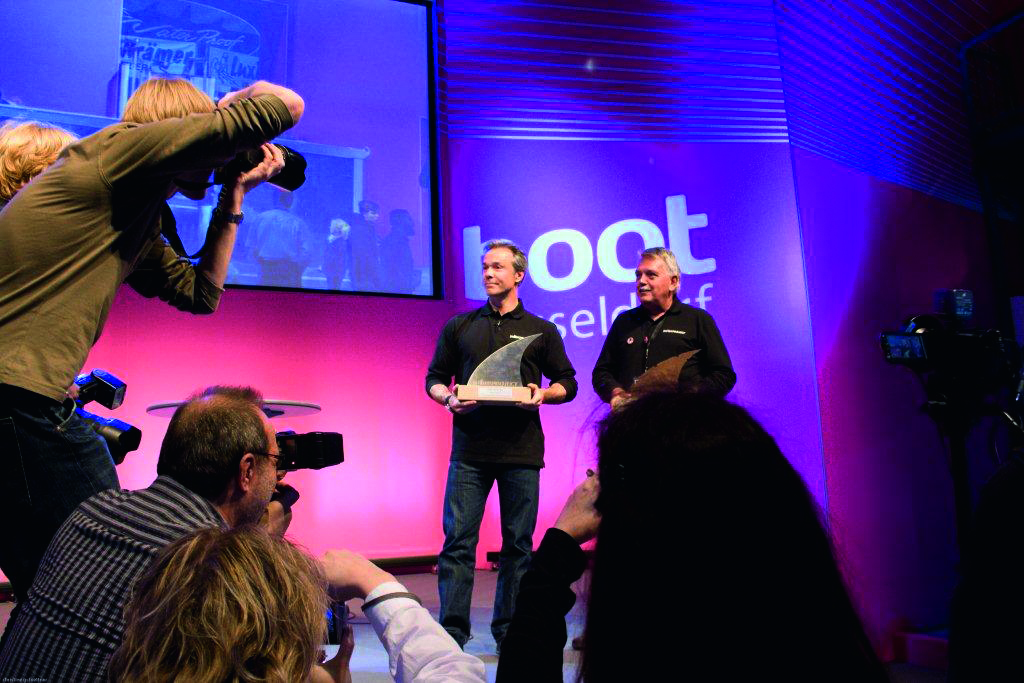 SharkGuardian
Dr. Edgar Mauricio Hoyos-Padilla in recognition of his decades-long commitment to research on sharks and their habitats.

Due to the pandemic situation we didn't award the SharkGuardian and the SharkEnemy in these years.

SharkGuardian
Adi Barash, for her research on shark populations off the coasts of Israel and the fight to preserve the only shark sanctuary in the Mediterranean Sea

SharkEnemy
Mark Quartiano aka "Mark the Shark", for commercial shark "sport" fishing in Florida, exploiting inadequate shark protection regulations to increase his profits and irresponsibly inciting the public against sharks

SharkEnemy
The Marine Stewardship Council MSC, again after 2012, for continuing to ignore calls to revise certification standards, and for jeopardizing the credibility of the label

SharkEnemy
FedEx, for the current, conscious decision not to impose a transport ban on shark fins

SharkEnemy
Luis Guillermo Solís Rivera, President of Costa Rica, for the repeal of the shark protection laws of the predecessor in office

SharkGuardian
Leonardo DiCaprio, for exemplary major donations of more than US$10 million to species and marine conservation.

SharkEnemy
PROPEGAL SL, a fish processing company in Vigo (Spain), for its particularly cynical handling of environmental crimes against sharks.

Suspension of the regular awards in 2014 for this occasion

SharkGuardian
Mohamed Nasheed, President of the Republic of the Maldives, and the crew and guests of the Royal Evolution, an Egyptian safari boat

SharkEnemy
Spain - in detail the representation within the EU Fisheries Commission

SharkGuardian
The Republic of Palau

SharkEnemy
The Republic of the Maldives