The first project to understand and protect elasmobranch biodiversity in Angola’s coastal waters.

Located along the coast of southwest Africa, the Angolan coast lies within the highly productive Benguela Current Large Marine Ecosystem (BCLME), with a strong upwelling zone supporting extensive commercial industrial and small-scale fishing sectors. Nevertheless, shark and ray data from Angola remains limited due to absence of fisheries monitoring for over 30 years as a consequence of Angola’s post-colonial civil war (1975–2002). Furthermore, the civil war led to the increase on the fishing effort due to large-scale displacements from rural to urban and coastal zones, as they offered greater security and the opportunity to engage in fishing as means of work, and the establishment of foreign and unsustainable fishing fleets, due to the socio-economic instability at the time.

Small-scale fisheries are recognized as an important source of mortality for marine megafauna, including sharks and rays, caught in large numbers on coastal waters as targeted and by-catch. Angolan small-scale fishers catch a wide array of species, from small pelagic shoaling to demersal fish, sharks, rays and large pelagic predators. Unfortunately, due to the lack of capacity in the country, the difficult in monitoring scattered locations and the non-requirement for Angolan fisheries to report on levels of by-catch, there is a large gap in our understanding of catch quantities, species composition and fishery impact on elasmobranch populations.

The few available information and data suggests an extremely divers and rich species composition including highly endangered shark and ray species. In an ambitious attempt to overcome the scarcity of valuable data and information, the “Angola Elasmo Project” was launched in 2016, led by Ana Lúcia Furtado Soares – our Sharkproject Ambassador for Angola.

The project is based on a friendly and respectful relationship between scientists and the local communities and fishermen, which allows the researches to collect valuable information on fishing activities, fishing grounds and catches. In a communal effort, the collected data will be used to initiate a change in perspective and build capacity within the local community to reduce the pressure for already threatened shark and ray species.

Our friends, the fishermen

A special focus of the project is the increase of awareness and the involvement of the local communities. The major part of the coastal population depends on marine resources, with fishing being a main source of income and food. Conservation efforts and the protection of endangered species can only be successful, if the need is acknowledged and supported by local population. Therefore, we highly support and value the unique and positive relationship between the members of the project and local fishermen and believe it will be the foundation to realize the overall goal of the project.

It is extremely important to raise concerns regarding West Africa’s marine environmental situation, especially in countries as Angola, where there is insufficient marine data, no environmental conservation awareness, lack of policies regarding conservation and fisheries, and no indicator that this dramatic situation soon will be addressed.

Increasing awareness on threats to elasmobranchs, through capacity building and public involvement, is a key factor to achieve positive conservation outcomes. Due to the lack of knowledge of the local population, there is an urgent need, not only for international awareness, but an immediate direct communication and educational bridge between the project and the Angolan public, which will be achieved through engagement with the local academic community, capacity building and public involvement by developing workshops, at local and regional scale, including schools and fishery communities.
The focus of these initiatives should not only be on the principles of shark conservation but additionally cover the basic principles of marine biodiversity, conservation, ecology and sustainable fisheries, which are not familiar subjects among Angola's population. 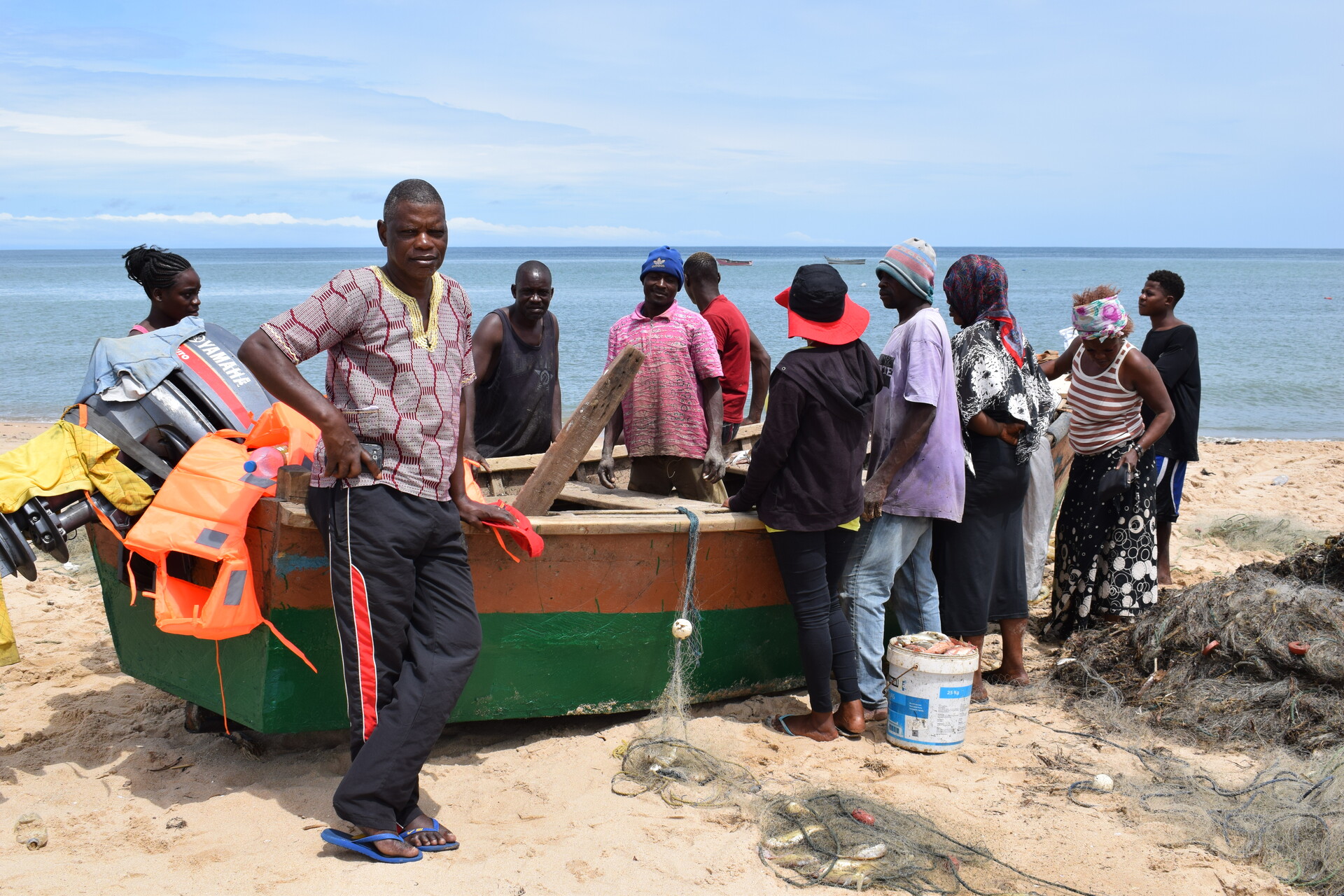 The project was created with the aim to establish a long-term engagement. The goal is to create a sustainable and lasting infrastructure benefitting the protection of sharks and rays in the region while involving the local communities.

The project is currently based in Namibe, southern Angola, an area with an extremely high productive marine ecosystem associated, generated by the merge of the Angola and Benguela currents, creating a strong upwelling zone.
The highly productive Benguela Large Marine Ecosystem (BCLME) supports several large commercial industrial and small-scale fishing sectors and, in the case of Angola, a very large small-scale fleet scattered along the coast, landing a considerable number of sharks and rays.

Currently, the project is in its initial phase, therefore such programmes do not exist. Nevertheles, it is of full interest of this project in the future to develop such initiatives and involve volunteers from other countries to support the project on the field. This travel vollunetering programm is therefore dependant on further funding and public interest. 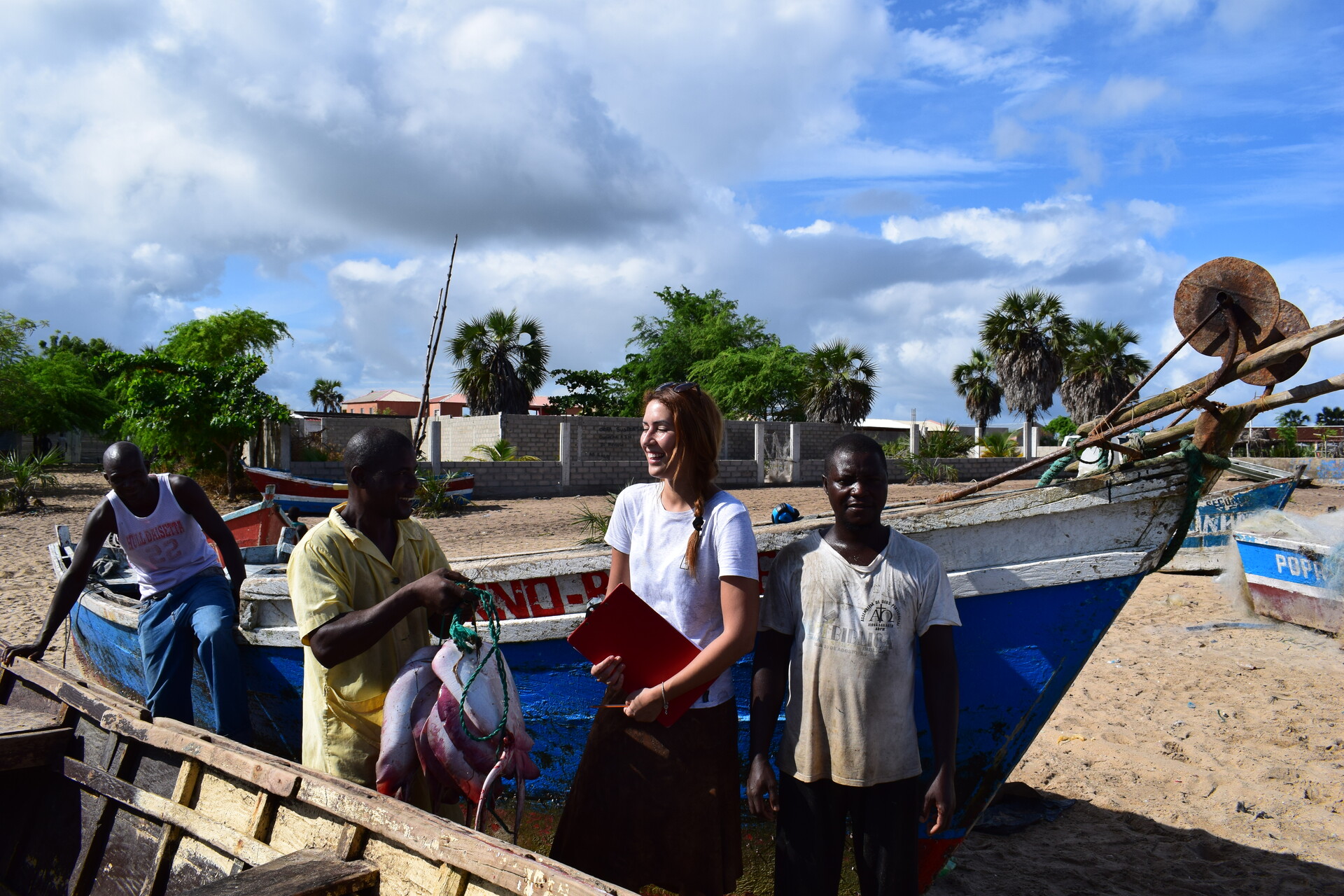 Creation of local network and cooperation between communities, fishermen and researches. Identification and collection of data at landing sites, with a total of 1956 elasmobranchs observed, 170 DNA samples collected, and 66 interviews made.

The next visit should include not only biological sampling and fishermen interviews but also awareness workshops at the fishing communities and University of Namibe. 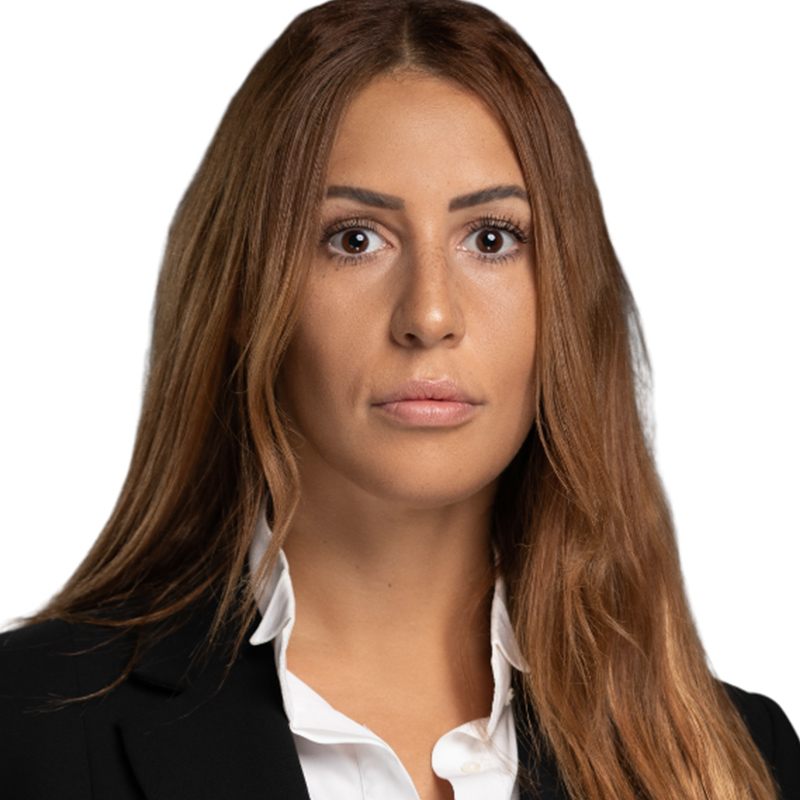