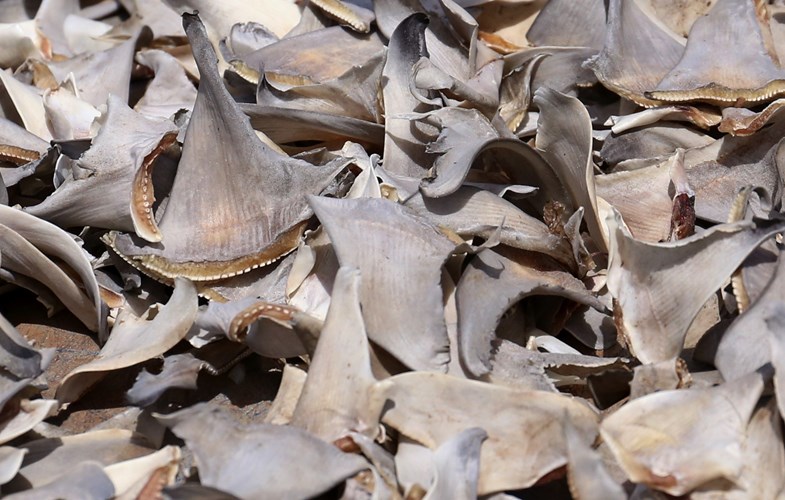 Supporters of Shark Guardian's campaign: import and export of shark fins in UK

How a successful petition in the UK led to a ban on the import and export of all shark products and fins.

When one thinks of the word "finning", countries like China or Indonesia immediately come to mind, but even on our doorstep there are countries that want to make a lot of money from the shark fin trade. The UK is one example of this.

The import value for the United Kingdom alone was €220,987 in 2018. As a result, the British marine conservation organization Shark Guardian developed a petition campaign called "FinSpire Change", whose mission is to force the British Parliament to finally put this issue on the agenda by collecting signatures instead of continuing to ignore and tolerate it.

The petition succeeded in generating more signatures than were needed. This clearly shows that this issue is on people's minds.

The British government then announced that it would do more to protect sharks in the future and that leaving the EU could also create new opportunities.

The Department of Environment and Fisheries (DEFRA) has already made public that it is working with organizations to obtain sufficient information on the fin trade. A first success is the ban on the import of shortfin mako fins in the Atlantic.

Although the UK's share in the international fin trade is rather small, the UK's general ban on imports would nevertheless be an important step and would have a strong signal effect on other countries like Spain or Portugal, which are involved in the international trade with larger quantities. Finally, at the end of September 2021, the UK announced the complete ban on the import and export of all shark products and fins.

This is a big step in the right direction to conserve and protect these wonderful animals and our marine ecosystems. It remains to be seen how the government's ban will be enforced and, most importantly, how it will be monitored. 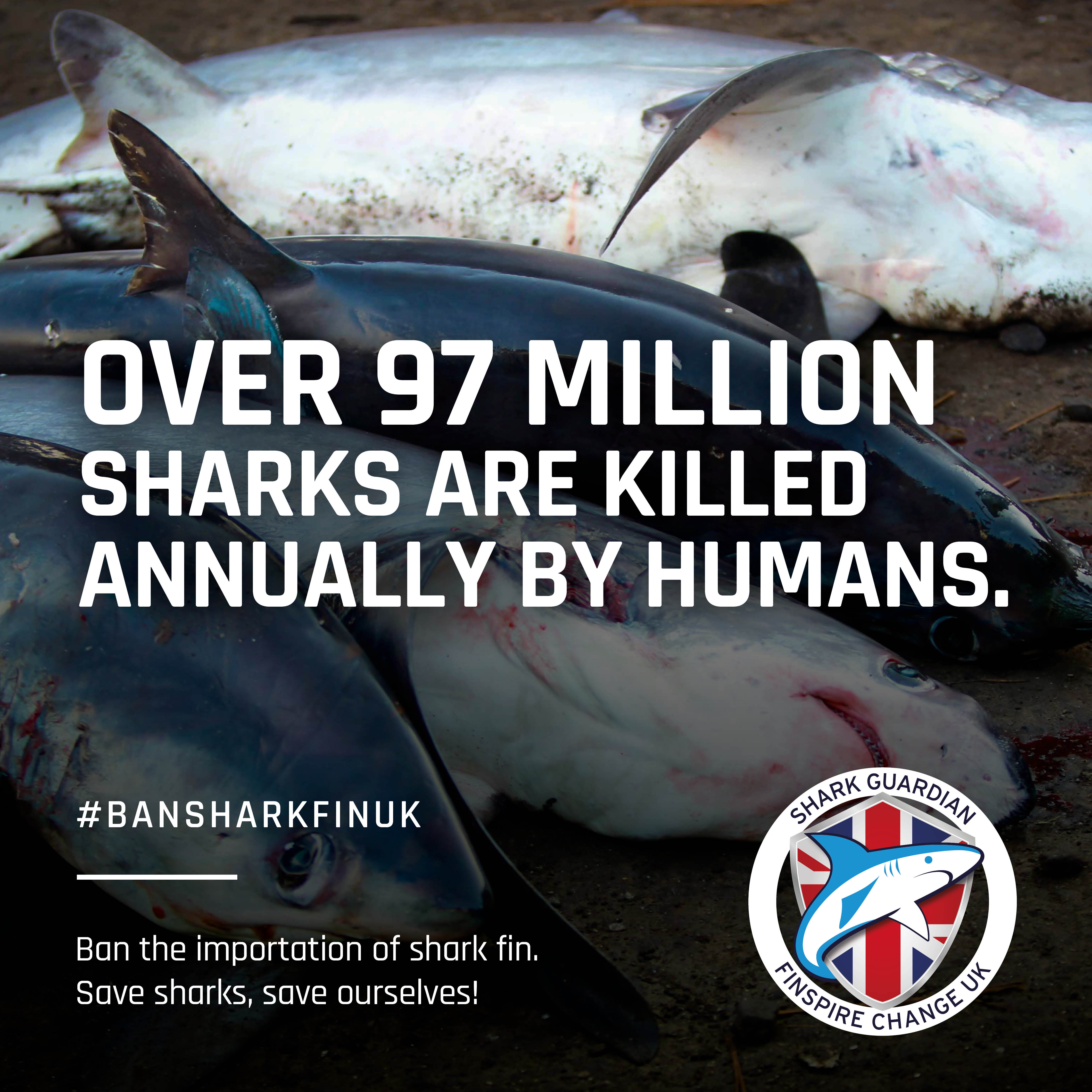 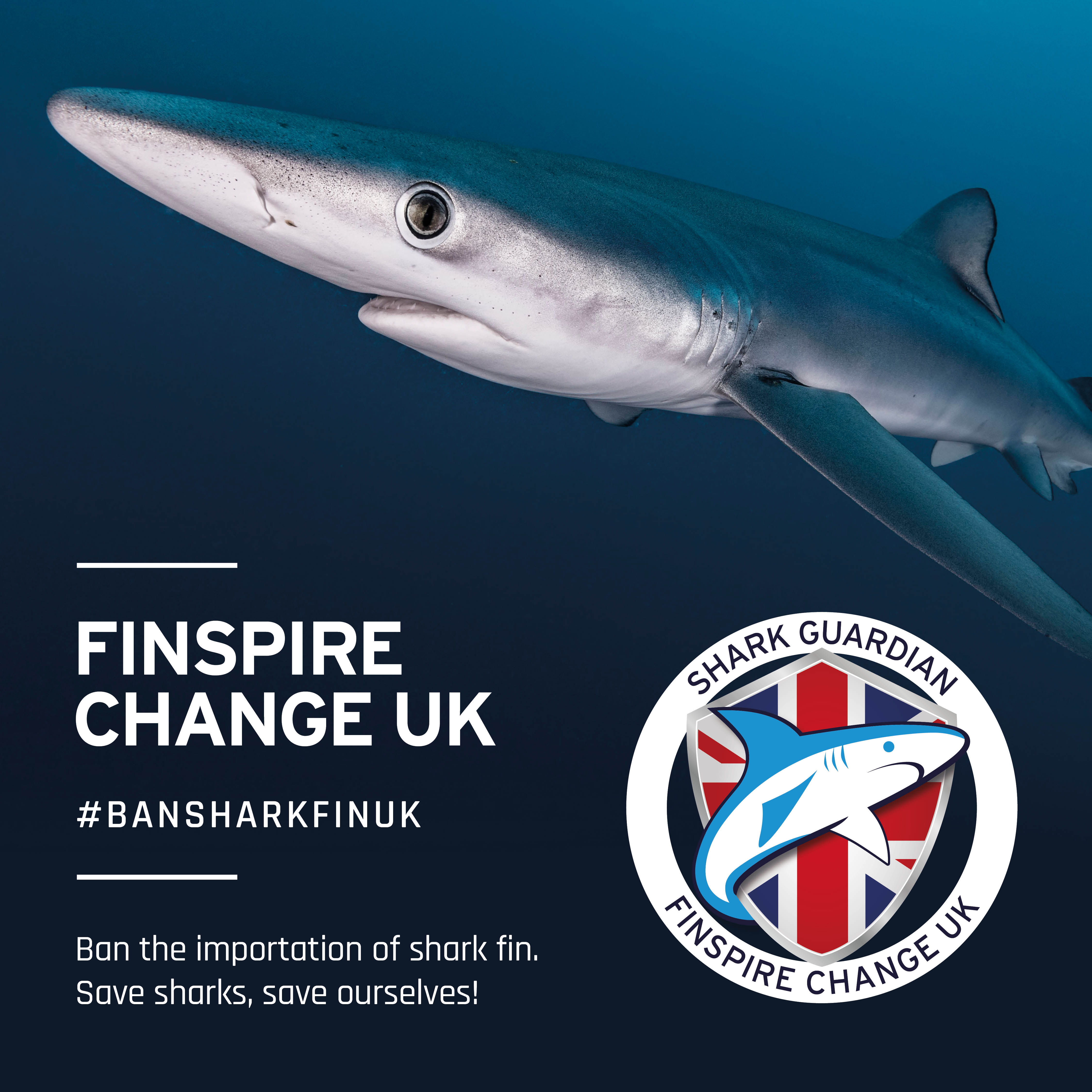 We are supporters of the Shark Guardian campaign.

More information about the campaign is available here: https://www.sharkguardian.org/campaign-finspire-change

The Scale of Shark Fin Trade in the UK and Possible Impacts of Stricter Controls
File-Size 0.95 MB