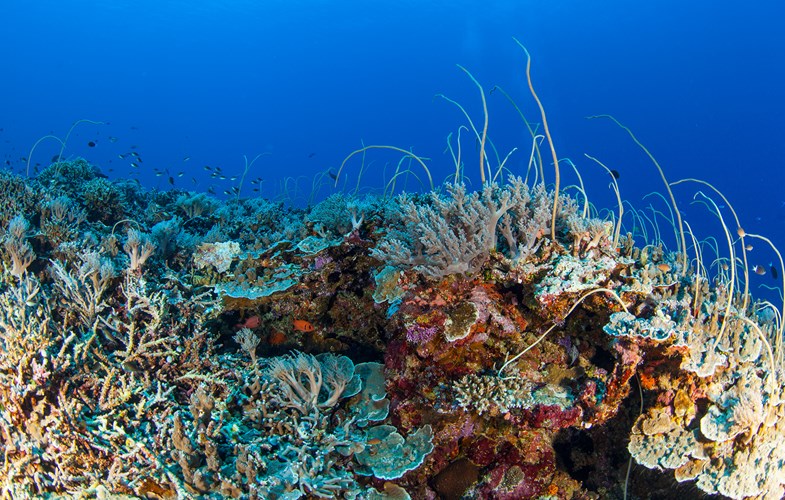 As part of the world's largest environmental network, we are committed to protecting sharks and their habitat.

The world is heading for unprecedented levels of species extinction. The numbers are frightening. In the next few decades, we could lose

The main cause for the dramatic situation is the industrial fishing of the last 50 years. For us as a species conservation organization specializing in sharks, it was therefore only logical that we become a member of the "International Union for Conservation of Nature", or IUCN for short.

Founded in 1948, it is now considered the world's authority when it comes to recording the state of nature and developing measures for its protection.

The nature conservation association has more than 1400 members and over 18,000 experts from all over the world work for it. It is probably the largest collection of expert knowledge in the fields of environmental protection and species conservation.

One of the best-known IUCN instruments is certainly the IUCN Red List of Threatened Species TM, the world's most comprehensive overview of the conservation status of plant and animal species. It lists the known species and assesses their risk of extinction based on various criteria. It ranges from "Least Concern", i.e. not endangered, to "Endangered", i.e. highly endangered, to "Extinct". A closer look at the list also reveals the appalling situation of shark and ray species:

Due to its solid scientific basis, the IUCN Red List is considered the guideline for the state of biodiversity and the resulting necessary measures.

For the members, the latter is always of the utmost importance, as it sets the global conservation agenda by voting on recommendations and guiding the work of the Secretariat through the adoption of resolutions and the IUCN Programme.

For us, too, this date is always of great importance, as it is here that we can advocate for what we see as necessary measures to protect the ocean, the species that live in it and thus, of course, the sharks.

Within the framework of the IUCN, we mainly advocate for the following issues:

We work globally with a wide range of organizations.

Work within IUCN takes place all over the world. We work with organizations around the world and attend congresses where possible, such as Marseille in 2021.

IUCN Congress has to be postponed to 2021 due to the COVID-19 crisis. This is a considerable loss, especially in view of the dramatic situation in the field of climate and species protection.

Participation in the IUCN Congress in Marseille, including a press conference on our position paper "Improving industrial fishing and the fishing method used". One thing became clear at the Congress. We still have a chance, but we all have to act now