High time for a fisheries turnaround

High time for a fisheries turnaround

It is a question of survival for all of us: only if the biodiversity in the ocean is preserved can the ocean ecosystem function. And only then can the oceans make their decisive contribution to protecting the climate. But industrial fishing has been exploiting the world's oceans for decades as if there were no tomorrow. If nothing is done, a third of the shark and ray species, marine mammals and coral reefs will have disappeared within the next few years.

Floating fish factories are emptying the oceans. Vast numbers of seabirds, sharks, turtles, whales or dolphins die senselessly as by-catch. Even strictly protected animals continue to be killed and thrown back into the sea by the millions. “Only a fundamental turnaround in fishing can still save what can be saved,” says the head of Sharkproject International Cooperation, Dr Iris Ziegler. “It would also have to be clear to fishing nations: either the fishing industry rethinks, or it will soon have nothing left to fish.”

Fishing quotas and protection regulations have been in place for a long time. But so far they have had little effect. There is a lack of effective controls and a transparent system that discloses how much is actually fished and how many animals end up as by-catch. “There must be an observer on board at least on every fifth fishing trip,” says Ziegler. So far, this is only the case on every 20th fishing trip. “In addition, electronic monitoring systems must keep complete records of where, what and how much of which species is caught or released in the end,” Ziegler demands. “If no one knows what really happens on the catching ships, we will never get a grip on the overexploitation of our seas. This concerns us all. Because the survival of the oceans also ensures the survival of people.”

It is a global task that must be tackled jointly by the United Nations, the World Trade Organization, the Food, and Agriculture Organization, but also by all national and regional fisheries authorities. The EU now wants to present its biodiversity strategy as part of the Green Deal. This is to include an action plan for the protection of fisheries resources and marine ecosystems by the end of 2021. Sharkproject has presented proposals for a fundamental turnaround in fisheries: Strict catch limits, which are also monitored for compliance, are crucial. The by-catch of endangered species must be significantly reduced or, in the case of species directly threatened with extinction, completely eliminated. Fishing methods that destroy marine habitats, such as bottom trawls or deep-sea fishing below 400 metres, must be generally banned. Longline fishing must be drastically restricted. And at least 30 per cent of the entire marine area must be placed under complete protection, so that any kind of fishing or other interference with marine life is prohibited there. “We know what needs to be done. We can still save many species from extinction and preserve the marine ecosystem. But now we need to act quickly and fundamentally. We can all no longer afford industrial mass fishing like in the past 50 years,” says Ziegler.

Seven-Point-Strategy for saving the oceans

Open Letter from International Non-Governmental Organizations, addressed to the governments and citizens of the signatory countries of the CITES Agreement, urging them to take concrete actions in favor of the conservation of sharks and marine rays.
File-Size 1.95 MB 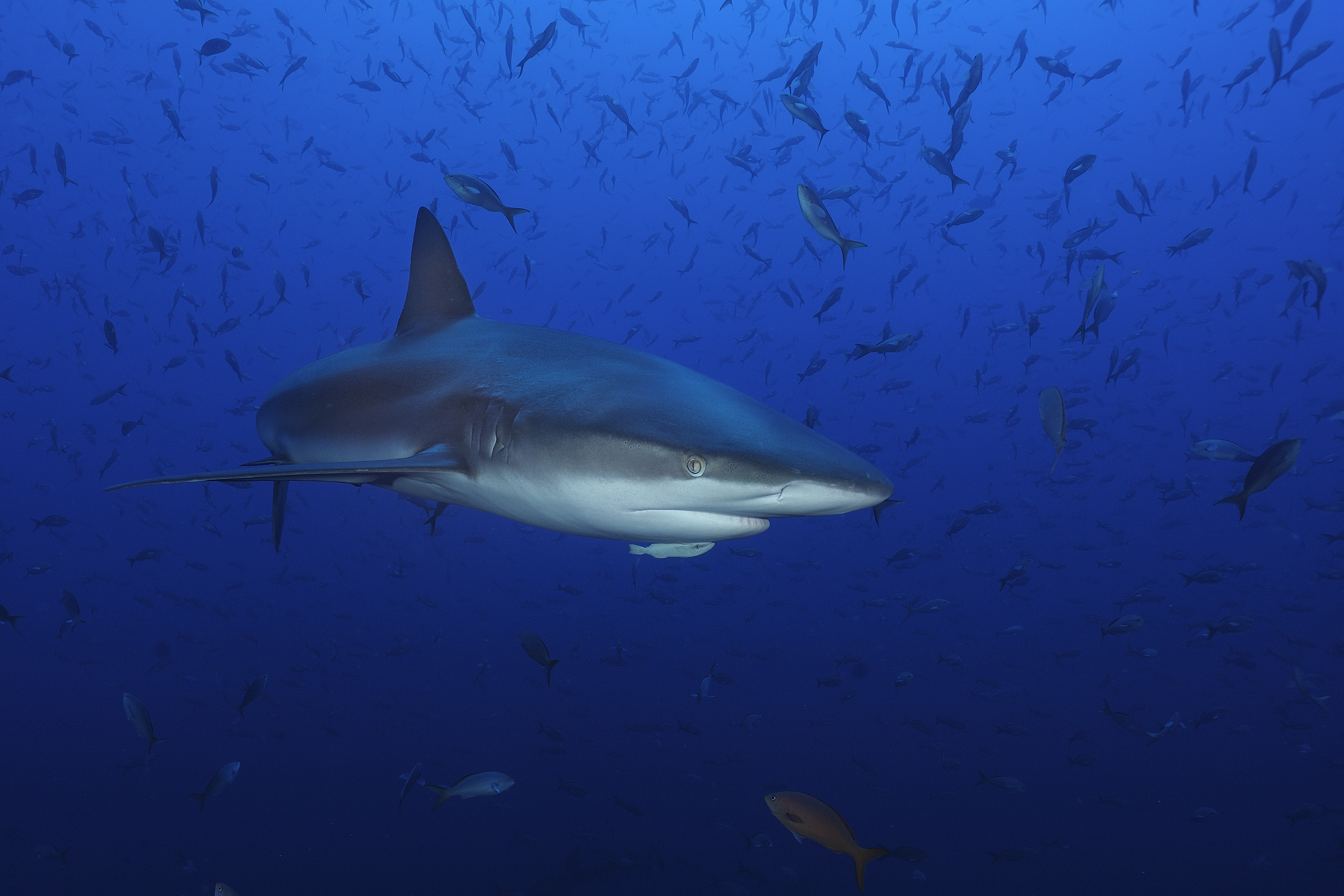 Sharkproject supports the IOTC-2023-SS6-PropD[E] proposal “on management of drifting fish aggregating devices (DFADs) in the IOTC area of competence” submitted by Kenya and other countries for the 6th Special Session of the Commission focusing on measures for tropical purse seine tuna fisheries setting on drifting FADs, by now the most widely used fishing practice accounting for 40% of global tuna catch.

In addition, we hope to see bycatch avoidance and mortality reduction targets being adopted which are essential objectives to stop the further decline of populations of threatened sharks and rays in the Indian Ocean and to provide a realistic chance for the rebuilding of possibly overfished stocks of silky sharks, oceanic whitetip sharks and other ETP bycatch species.

SHARKPROJECT becomes a member of the NGO Tuna Forum

SHARKPROJECT receives accreditation as an observer at IOTC and ICCAT

Together with Pro Wildlife e.V., Sharkproject presents a 7-point plan for healthy seas to the Vice-President of the EU Commission Frans Timmermans.

SHARKPROJECT publishes a position paper at the IUCN World Congress on improving industrial fishing and the fishing methods used, with minimum requirements for improving longline fishing and purse seine fishing with "fish collectors".

Sharkproject advocates for vulnerable ecosystems and sharks in the deep sea as part of the Deep Sea Coalition. In particular, the implementation of the fishing ban down to 800 m depth in sensitive deep sea habitats in EU waters and a global moratorium against deep sea mining are key issues in this regard.

Sharkproject participates in the public consultation on the EU Biodiversity Action Plan 2030.